Da Cheng Chuan is the highest level of Chi Kung and one of the most potent martial arts. It builds upon the intensive practice of Zhan Zhuang.

The name Da Cheng Chuan means The Great Accomplishment. It is the crowning achievement of Grand Master Wang Xiang Zhai who journeyed for more than ten years throughout China in the first part of the last century, studiying under the greatest masters of his day. In the 1920s, he began sharing the fruit of his research with students in Beijing and Shanghai. He became famous throughout China and is highly respected and revered to this day. In addition to his unmatched prowess in martial arts,  Grand Master Wang Xiang Zhai dedicated himself to the health and healing aspects of his art and founded the first Chi Kung clinics of China.

While there are said to be few, if any, martial arts systems more powerful than Da Cheng Chuan, you experience its enduring benefits as you go about your life and work. Your mind and body become exceptionally alert. Your mental and emotional faculties are refreshed. You experience greater resilience under pressure and recover more easily from illness and injury.

Since many years, Master Lam is carrying forward this art and was accorded the honor of being acknowledged as a lineage-holder of the Da Cheng Chuan tradition by Madame Wang Yuk Fong, the daughter and spiritual heir of  Grandmaster Wang Xiang Zhai.

Training in Da Cheng Chuan needs a solid base of Zhan Zhuang practice and is thus only available for a few selected students, 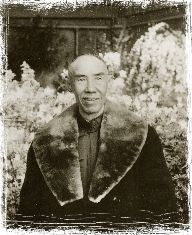 Avail yourself of the force of the Universe,
And bring your instinctive ability into full play. 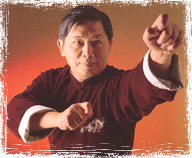